Melbourne Theatre Company welcomes the new decade with an Australian premiere that is as lavishly produced as it is splendidly performed. If only Home, I’m Darling had something more substantial to say. 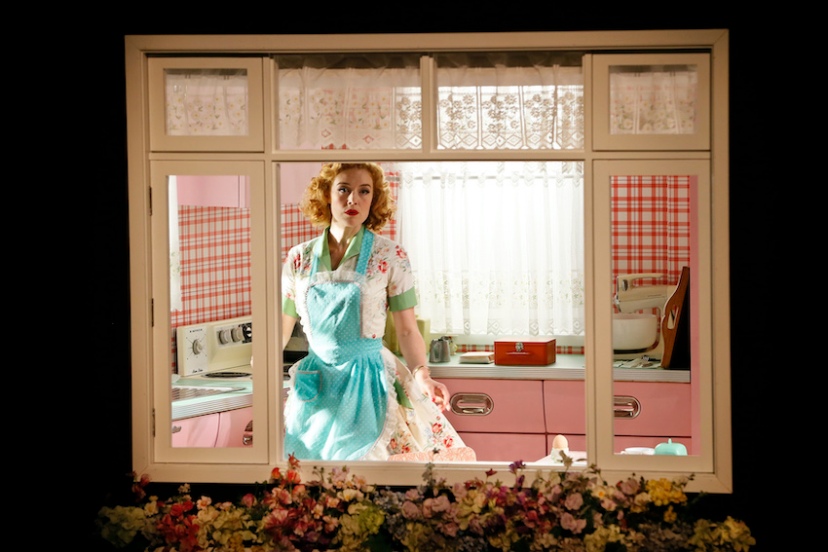 Laura Wade’s 2018 play was blessed with a 2019 West End transfer and UK tour after entertaining audiences at London’s National Theatre. The concept is appealingly fresh, providing a charming aesthetic for stage design, music and performance styles. Home, I’m Darling arrives as a Big Play and yet it does not have a Big Story. The central messages of compromise and communication are well received, and the supporting characters are well rounded, and yet the material does not support a 150-minute running time (including interval).

In particular, Home, I’m Darling suffers in comparison to the fresh memory of the delirious comedy of 2019’s Black is the New White, seen only three months ago on the same stage. Black is the New White was obviously a far broader comedy than Home, I’m Darling has any intention of being, and its cavalcade of Big Button Issues tended towards overkill, and yet it left a lasting memory of recognisable characters, big laughs and shared humanity.

Generally amusing rather than outright funny, Home, I’m Darling investigates the generational tendency to rebel against parental influence, with a particular focus on feminism. Judy lives her life as a 1950s housewife, supporting her husband, Johnny, and tending to the home in a way of life that her mother, Sylvia, fought to emancipate women from. Fetishising the past comes to be seen as unsustainable, and any period in time will always contain as many drawbacks as rose-tinted positives.

Wade takes a sidestep into #MeToo territory with Judy and Johnny’s gregarious friend Marcus, sidelined from work after accusations of unwelcome familiarity from his personal assistant. Taking an interesting angle in what is ostensibly a play about feminism, Wade chiefly argues from the man’s point of view, in regard to the difficulty that a friendly, tactile man faces in navigating appropriate behaviour. Ultimately, the character of Marcus unspools any potential sympathy by showing glimpses of a darker aspect.

Director Sarah Goodes, a master at unpacking the intricacies of new work, elevates the play by delivering neatly detailed performances in an atmosphere of vivacious stage energy. Characters are naturally grounded in realism, making the whole potentially outlandish affair entirely believable. A particular joy is the use of choreography in the scene changes, in which the scurry of blackouts is replaced by having characters (chiefly Judy) dance props in and out of view in partial light.

Renée Mulder’s design is nothing short of dazzling. As the curtain rises, the audience’s breath is taken away by the massive two storey, pastel coloured doll’s house of a home that adorns the stage. The level of detail in the 1950s décor is quite astounding, and is gorgeously complemented by the costumes, particularly Judy’s cocktail frocks and frilled aprons.

Lighting designer Paul Jackson adds to the fairy tale setting by having sunlight (or moonlight) highlight windows on every side at once. Inbuilt wall lights and home décor lamps add significantly to the rosy glow of nostalgia, deliberately heightened in all aspects of design.

Perfectly cast, Nikki Shiels is utterly compelling as dear Judy. Only off-stage long enough to change between each eye-catching costume, Shiels has the innate charisma to sustain a massive performance without showing so much as a bead of sweat. Dancing about the kitchen as Judy joyfully prepares breakfast, Shiels instantly catches out hearts and never lets go. In a rare break from tradition for an ensemble-cast play, Shiels is given an individual bow in the curtain calls, a move that is very well deserved.

Toby Truslove gives the strongest of support as Johnny, his gentle vocal tone and pleasant manner providing a nice sense of conflict for the audience when Johnny wounds Judy as the agent of change. Truslove and Shiels enjoy palpable chemistry, their sheer likeability a vital factor in the success of the play’s denouement.

Judy’s mother Sylvia is a key role and her Big Scene in act two should really have earnt exit applause. On opening night, Jane Turner appeared not fully cognisant of the complexities of the role; her performance may well deepen with time as the season progresses.

Susie Youssef is a delight as Judy’s friend Fran, earning many of the true laughs in the play with her delicious delivery. Peter Paltos gives Fran’s husband Marcus a mischievous sparkle that plays into the enigmatic intentions of the man. Izabella Yena successfully captures the prickly honesty of a young successful professional as Johnny’s new manager. Alex. 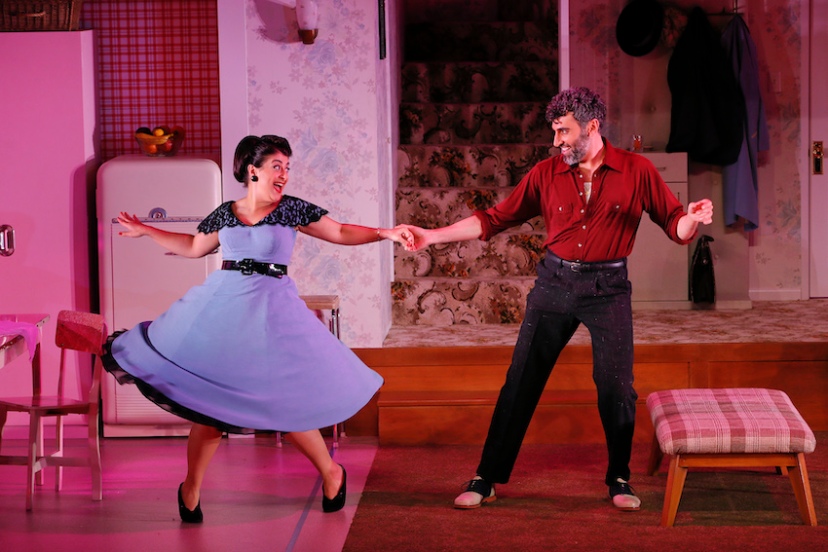 A sunny piece of summer entertainment, the scale and skill on show in Home, I’m Darling bode well for a terrific year ahead from Melbourne Theatre Company.

The Home, I’m Darling program can be read online.