THE Production Company has raised the bar yet again with a magnificently sung, visually splendid staging that highlights the gripping drama of this notoriously difficult musical. 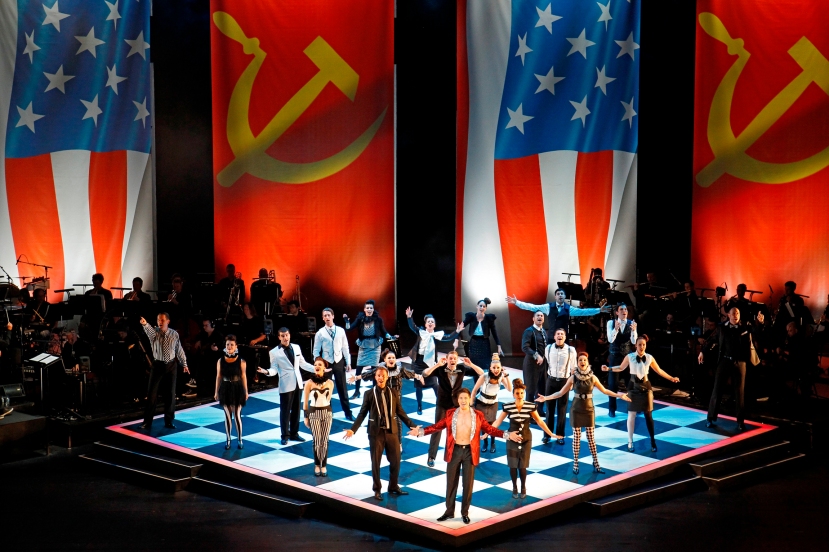 With a score by ABBA’s Benny Anderson and Björn Ulvaeus, the quality of the music of Chess is unquestionable. The serious, Cold War era story presents a challenge, as do Tim Rice’s dense lyrics.

Director Gale Edwards who has achieved the near impossible by not only presenting the narrative with crystal clarity but also creating lush romance and palpable tension that builds to a compelling climax.

Shaun Gurton’s design has an epic feel, placing the action on a raked chessboard backed by massive banners and star cloth. Newcomer Krystal Giddings has designed dazzling black and white costumes, complemented by clever chess piece hairstyles from the female ensemble. Crisp choreography by Tony Bartuccio adds to the pageantry, as do a multitude of festively coloured props. 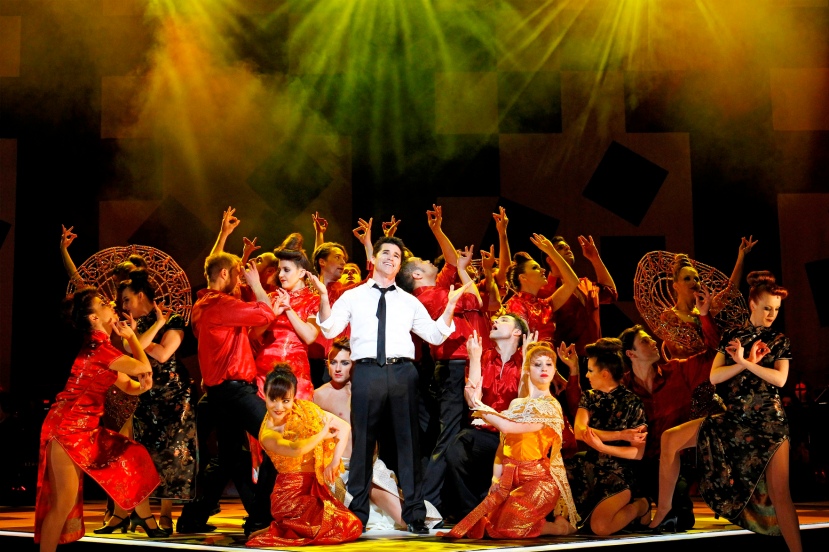 The inestimable Orchestra Victoria, conducted by David Piper, has an abundance of diverse, beautiful music to play in the through-sung score and they sound superb. Ensemble singing is equally gorgeous.

It is hard to imagine a more divine leading couple for this show than Simon Gleeson and Silvie Paladino. Their brilliant singing and acting skills are put to terrific use in the adult romance between defecting Russian, Anatoly, and his opponent’s partner, Florence. Gleeson’s rich, soaring tenor and superb expression are of a quality rarely heard. Paladino’s warm presence and vocal beauty easily capture audience hearts.

The suite of supporting male characters is made distinct by the talented trio of Michael Falzon, as the rockstar-like Arbiter, Bert LaBonte, as the duplicitous reporter Walter, and Mark Dickinson as the menacing Russian protector Molokov.

Just when it seems the evening cannot get any better, Alinta Chidzey makes her entrance as Anatoly’s wife Svetlana, sweetly delivering the gorgeous Someone Else’s Story and really thrilling the audience with the beloved duet I Know Him So Well with Paladino.