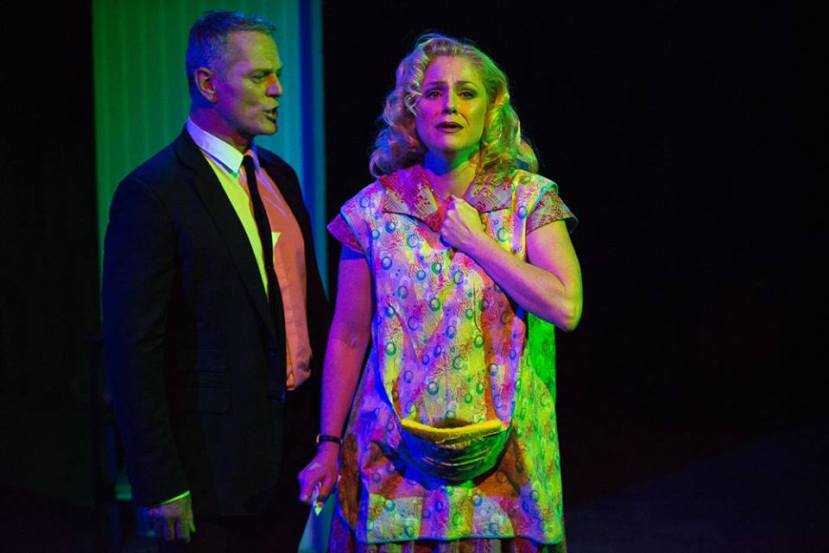 I do not often focus on producers in reviews, but it is difficult to describe the success of this staging without looking at the production as a whole. A highly talented, high profile cast (in no need of “exposure”) have been attracted to the realm of independent theatre and have been rewarded with a classy presentation featuring high than expected quality sets, costumes and lighting and amazing sound. Full credit goes to producer Enda Markey and Hayes Theatre Co for delivering the goods at such reasonable prices.

Russell’s book and lyrics have a poetic air, but the simplicity of his rhymes is potentially tedious in the wrong hands. Director Andrew Pole has clearly workshopped natural delivery of the text, including dialing down the melodramatic nature of the heavily foreshadowed plot, a feat handled particularly well by Michael Cormick (Narrator) and Bobby Fox (Mickey).

Cormick somehow avoids the over-the-top nature of the Narrator’s ominous premonitions, delivering his lines in a gently sinister whisper that keeps plenty of volume in reserve for the climactic moments. Cormick maintains a twinkle in his eye that can switch from mischievous to malevolent in a second, and is a wonderfully present scene partner for his fellow actors.

In a highly capable ensemble cast, Fox stands out for his flawless delivery and the spark he keeps bubbling under the surface throughout. “Seven, but I’m Nearly Eight” illustrates Fox’s ability to make the simple poetic structure disappear, and his highly sympathetic portrayal of Mickey’s descent into depression is masterfully handled.

I noticed an interesting inversion in the structure on this viewing: whereas traditional musical comedies often have a dramatic note before the act one curtain (often along the lines of “boy loses girl”), dramatic musical Blood Brothers offers its only optimistic plot point at the end of act one, when the Johnstone celebrate their relocation to the country in “Bright New Day.”

Designer Anna Gardiner has made excellent use of the intimate Hayes, with solidly built sets that fold out to reveal interior settings. The deliberately depressing greys of the textured walls are nicely offset by the cheery tones of Gardiner’s costumes. Decades of growth are traced through the impressive array of costumes. While Mrs Lyons does not quite look “posh” enough in act one, her act two appearance is an improvement; likewise, working class struggler Mrs Johnstone looks more suitable in act two with her pretty hair tied back.

Helen Dallimore is just a touch glossy for the browbeaten Mrs Johnstone, but achieves a lovely relationship with her stage children and effectively engages audiences empathy for her plucky character’s plight.

Blake Bowden does not have a chance to show off his operatic tenor, but achieves a lovely characterisation of sheltered, well-to-do Edward. There is an age difference between Bowden and Fox, but their similar hairline and height aid their depiction of the separated twins. Duets “My Friend” and ‘That Guy” benefit from the authentic camaraderie and spirit achieved between the pair. 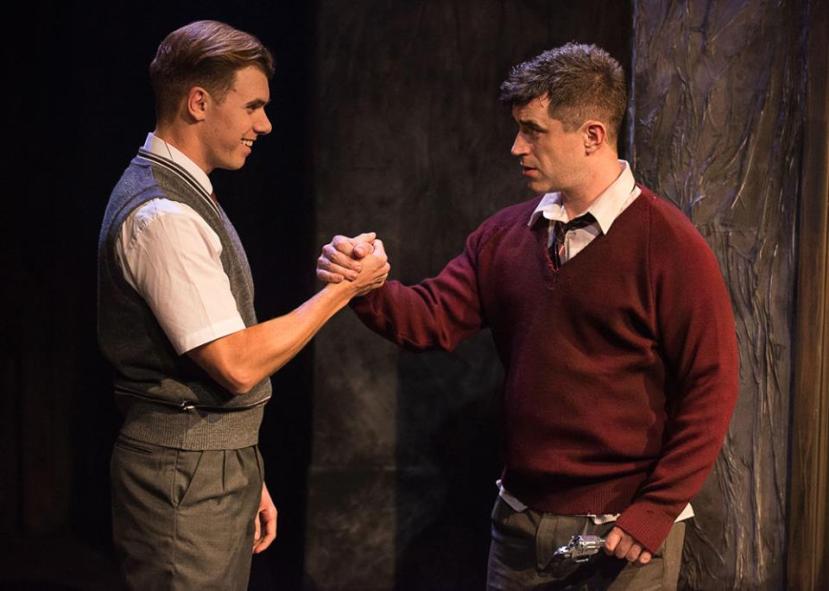 With Blood Brothers joining current Australian productions of Sweet Charity, Man of La Mancha and In The Heights , independent producers are providing a wealth of opportunities for performers and a raft of relatively affordable entertainment for audiences. Long may this welcome trend continue.