It may be the first day of autumn, but the smiles of a summer night can be enjoyed in this welcome revival of rapturously melodic musical A Little Night Music. 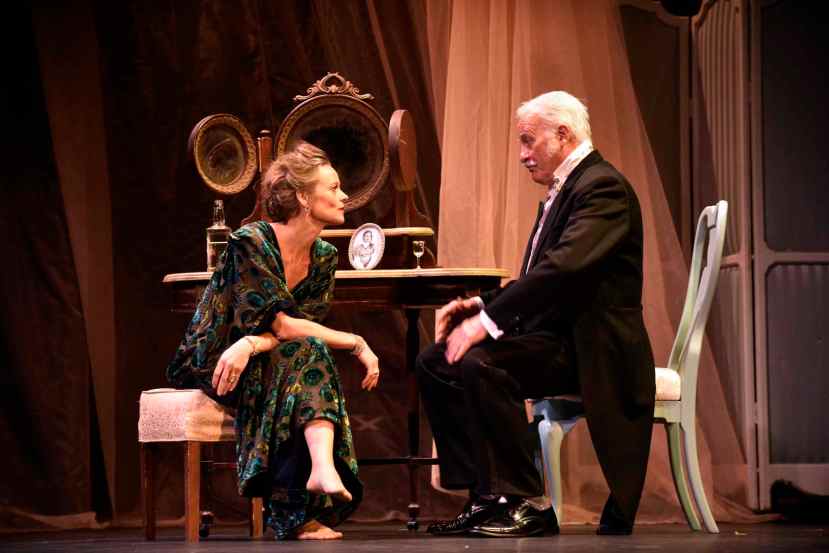 This chance to return to Stephen Sondheim’s lush score and Hugh Wheeler’s unabashedly romantic book brings a reminder of the level of delicious humour in the libretto. Direction, performances and, most importantly, excellent diction draw hearty laughter from the audience. Wheeler’s eye for human foibles sets the scene for character-based humour, while Sondheim’s pithy, dexterous lyrics have the extra delight that only rhymes can bring.

National Theatre provides a gracious home and a grand playing space for this elegantly spare staging. With the band placed upstage, set designer Christina Logan Bell uses filmy gauze curtains in place of solid sets, adding a touch of flair by matching the colour of all the furniture.

Director Nicholas Cannon confidently fills the space with his ensemble cast of fourteen performers. Characters are sharply drawn, with much humour deriving clearly established traits and connections. Romance is ever in the air, yet passion is handled with deft restraint. 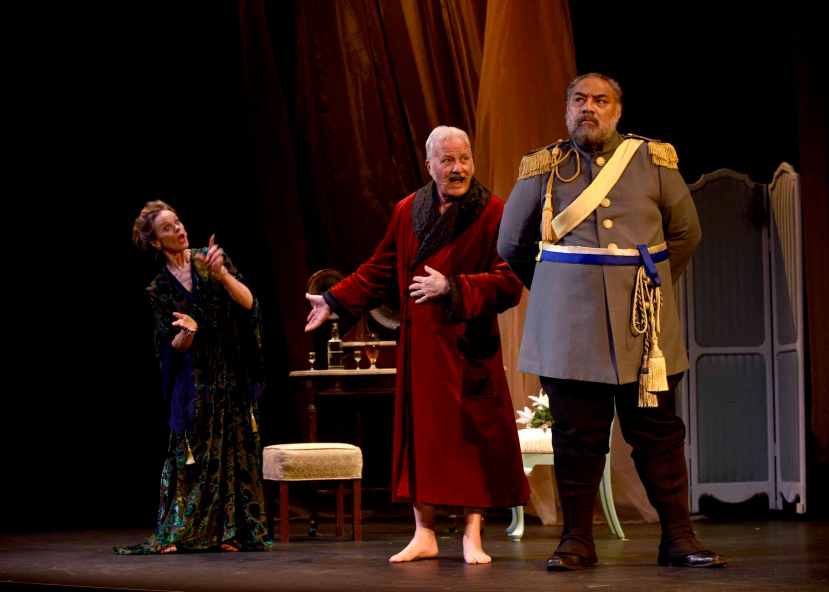 Musical director Daniele Buatti, himself on keyboard, draws a rich sound from a tight band of five fellow musicians. The music is a pleasure to hear, and it is impressive to note that the musicians have headshots and biographies in the program,

Emily Collett’s costumes delineate class and make use of an attractive palette of pastel colours. Befitting her grand theatrical lifestyle, Desiree’s capes are a visual highlight. 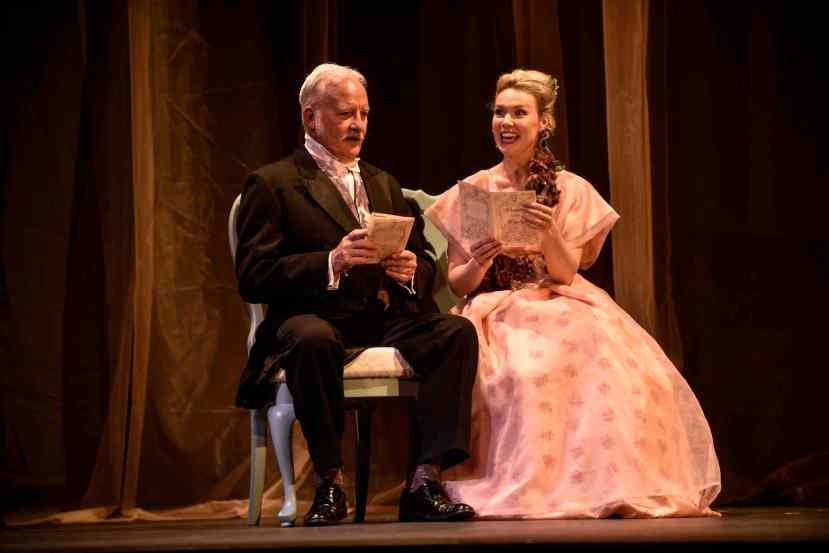 Twenty years after the unforgettable Melbourne Theatre Company production, distinguished Sondheim expert John O’May returns to the role of Fredrik Egerman, bringing polish and class to the haplessly charming lawyer. O’May’s perennial freshness in the role befits Count Charlotte’s accusation of Fredrik that men get away with their age far more than women.

Nadine Garner is wonderfully cast as aging actress Desiree Armfeldt. Garner successfully endears the brittle actress to the audience with her playful performance, making her heartbreak in “Send in the Clowns” all the more affecting. The sentiment behind every lyric in “Send in the Clowns” was probably the clearest I have ever experienced in decades of seeing this beautiful show. 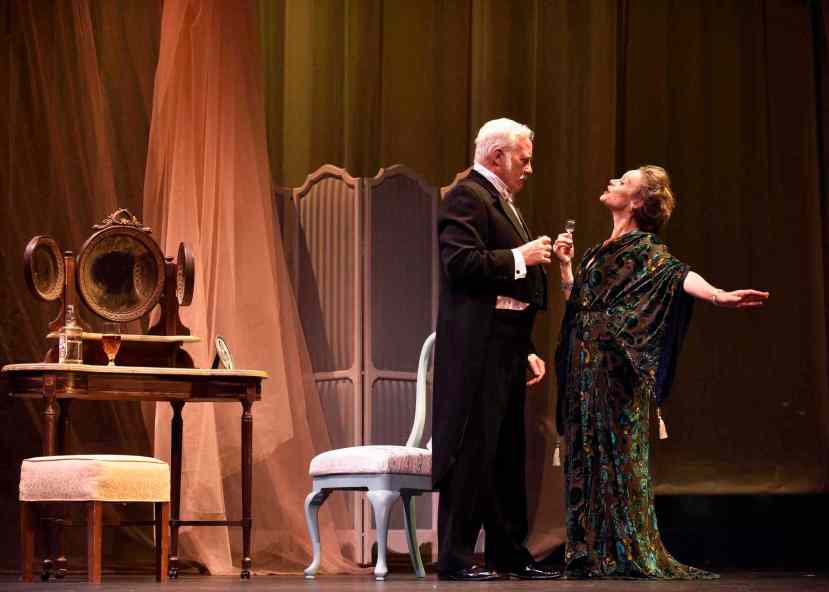 Jackie Rees is the picture of refinement as Madame Armfeldt, conveying a mysterious sparkle in the eye of the woman who has lived a full and fascinating life. Grace O’Donnell-Clancy is extremely convincing as a young girl, bringing a perky energy yet grounding Fredrika with wisdom beyond her years so as to avoid cloying sweetness.

Johanna Allen delivers delightfully droll humour as Count Charlotte, skillfully making the most of every wicked line uttered by the bone weary young woman. Eddie Muliaumaseali’i is a terrific choice to play Count Carl-Magnus. Not only is his powerful voice an asset, but also his imposing physical presence suits the man who tends to act first and think later (if ever). 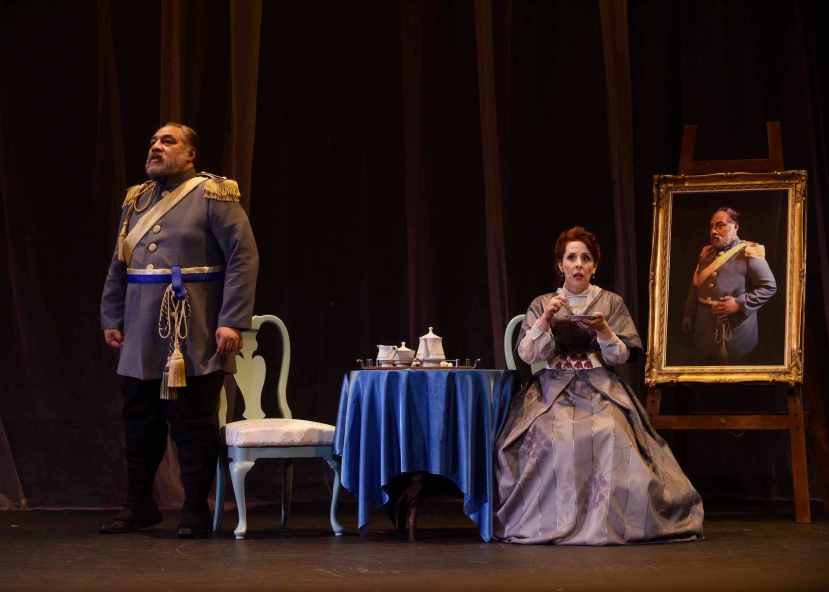 Nelson Gardner uses well-judged physical comedy to convey the simmering sexuality bubbling just below the surface in seminary student Henrik. Carina Waye maintains a high level of physical and vocal energy in Anne, distinguishing the role from the more mature women in the tale.

Anna Francesca Armenia unleashes a sturdy belt to bring down the house when young maid Petra’s inner thoughts are finally revealed in “The Miller’s Son.”

A cherished favourite of many a musical theatre lover, A Little Night Music is in Melbourne for a very brief visit so fast action is required to catch a performance.