What a difference a theatre makes. Resplendent in Melbourne’s State Theatre, Evita now has the lighting, sound and space to make it the spectacle it deserves to be. 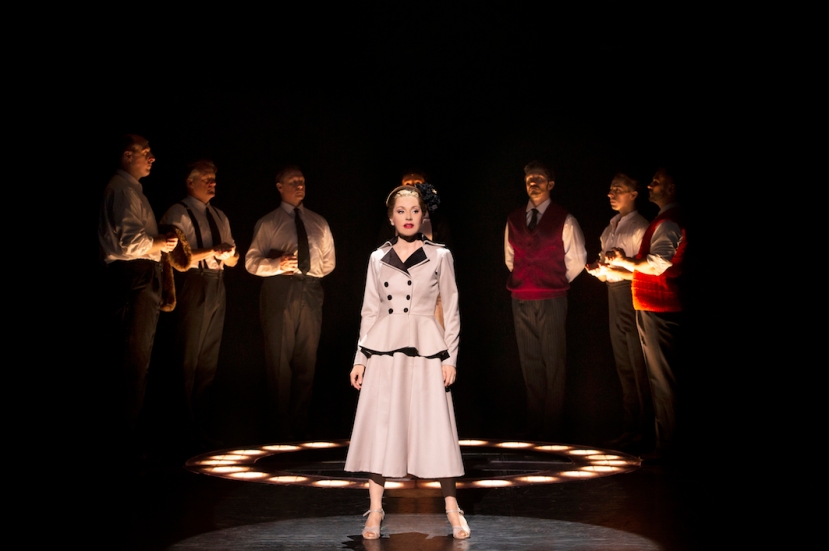 A recreation of the original production of Evita, in honour of its 40th anniversary, this world tour staging comes to Melbourne from the cramped, dimly lit Sydney season at Joan Sutherland Theatre, Sydney Opera House. Associate director Daniel Kutner and associate choreographer R. Kim Jordan have the Australian cast performing at their veritable peak.

Even more noticeable improvement comes from the work of associate lighting designer Trudy Dalgleish and associate sound designer Shelly Lee. Lighting in Sydney seemed to consist of a couple of spotlights and some lights in the floor. Now, the intricate tableaux and lively dance numbers can be seen and appreciated with ease. Hal Prince’s direction contains marvellous moments, particularly as the young Eva makes her way up the social pecking order.

Although the orchestra has 11 less players than in Sydney, the music sounds far better here, with rich, fascinating colour heard in the orchestrations. Percussion is a highlight, particularly Steven Pope’s thrilling work in “Perón’s Latest Flame.” Renowned musical supervisor / musical director Guy Simpson has delivered reliably first rate work on all aspects of the music, with vocal harmonies also at a premium.

Lloyd Webber’s lush score, widely considered to be his finest, contains a surplus of eminently hummable tunes. His masterstroke is the creation of extraordinary anthem “Don’t Cry For Me, Argentina,” which Eva sings at her glorious peak and then attempts to sing during her pitiful final days as she loses her life to cancer. Tim Rice’s excellent lyrics are cause for wonder at what may have been achieved had he and Lloyd Webber worked together again. 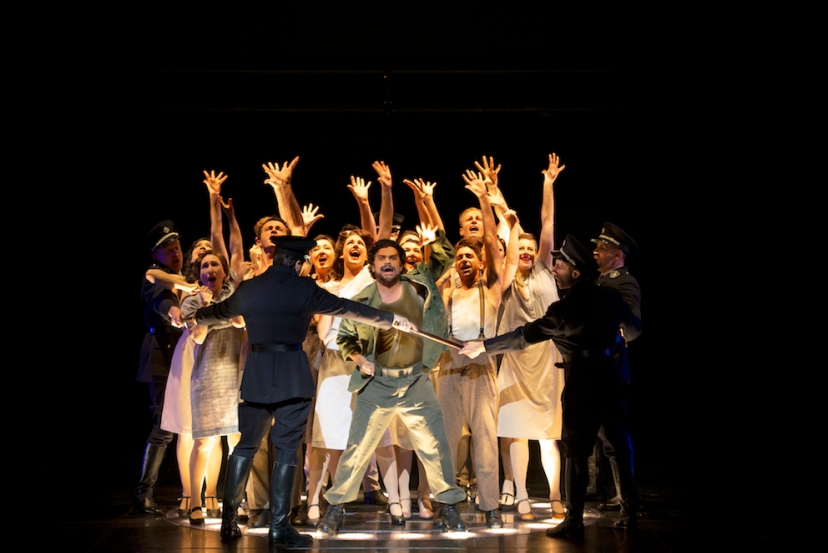 Timothy O’Brien’s design looks suitably grand on the mighty State Theatre stage. With the full set construction now in view, the overall design can be properly appreciated. The open setting allows fluid, sung-through storytelling and the deployment of Brechtian devices, such as placing and removing props and set pieces in full view. A large, mobile overhead screen (less prominent here) shows scenic elements and provides a generous serving of footage of the real Juan and Eva Perón. Any further scenery would most likely impede the flow and distract from the detailed costumes.

With the benefit of time, Kurt Kansley has really found his characterisation of Che, successfully raising his performance to a top-notch level of quality and impact. Sporting the ideal physical look, Kansley now adds sweaty, wild haired, wild eyed recklessness, creating a spirited air of desperation and danger. This climaxes in the imaginary interaction “Waltz for Eva and Che,” in which sparks now fly freely between Kansley and Arena.

Brazilian baritone Paulo Szot retains an imposing presence as Colonel Perón, bringing out the passively sleazy and self-serving aspects of the man as well as possible given the underwritten nature of the role. While not the prime focus of the show, Szot’s darkly honeyed baritone is a pleasure to hear.

Only given one song to make her mark, Melbourne-born discovery Alexis van Maanen (as Mistress) nails “Another Suitcase in Another Hall,” rending hearts with the aching sweetness of her delicate but well supported vocal tone. The non-verbal negotiation between Mistress and Eva for Eva’s fur coat is priceless.

A little too young and handsome for the role, Michael Falzon nonetheless finds an air of the ridiculous in small time nightclub Magaldi, all the while singing the role with resonant beauty.

The generously sized ensemble is peopled with triple threat performers who, collectively and individually, play a multitude of roles, dance up a storm and sing for all they are worth.

In much the same way that the history of Broadway is peppered with legendary performances, years from now Australian theatregoers will ask each other if they saw Tina Arena in Evita. Melbourne has waited decades for this revival, and it is absolutely not to be missed.