Brimming with socially relevant drama and catchy pop hits, Normie Rowe’s story was ripe for musicalisation. Old Scotch Music and Drama Club may not have the resources of full-scale commercial theatre but they have mounted an ambitious staging that captures the fads and fashions of a colourful period in Australian history.

Margaret Fulton may have been front row centre for this week’s premiere of Queen of the Dessert, but bio-musical subject Normie Rowe went one better by appearing on stage in Normie The Musical. Playing the plum featured role of Prime Minister Harold Holt, Rowe is all class, and his appearance as himself in the finale ends the show on a real high.

Melbourne writer Graeme Johnstone has chosen to focus the lens on the heady nostalgia of the mid to late 1960s, when key elements of Normie’s life played out against a tumultuous period in Australian politics. In a move reminiscent of the Jersey Boys “C’est Soirées-là” opening, the show begins with an international snapshot of the far-reaching fame of its subject. Moving from Moscow to Canberra then back to Northcote, the show sets up the twin threads of pop and politics. The balance between these intertwined themes proves tricky, with momentum in Normie’s story lost during scenes such as Menzie’s visit to LBJ at the White House and an odd number about a long forgotten incident involving NSW premier Robert Askin. The subterfuge surrounding Normie’s “conscription” is definitely a tale worth telling, but the subtleties of this web of deceit are somewhat lost on the stage; a telemovie, for example, would do much more justice.

Promising young director Simon Eales, keeps energy at a fever pitch, coaxing enthusiastic, spirited performances from his large cast. Supporting characters are very clearly established, with particular success coming from the differentiation of roles played by the same actors. The use of a separate choreographer, and more of a focus on casting dancers, may have helped the full company numbers capture some of the dynamism of similar shows Dusty and Shout!.

Musical whiz David Wisken has done the work of at least three as orchestrator, music director and conductor. The 18-member orchestra, on display at the rear of the stage for much of the show, sound wonderful, enhancing the production enormously. Fans of the era will love hearing hits such as “Que Sera Sera,” “Shakin’ All Over” and “Ooh La La.” Original songs by Johnstone and Peter Sullivan are not as successful, although Sullivan’s music for “Lest We Forget” could easily have a life beyond the show. 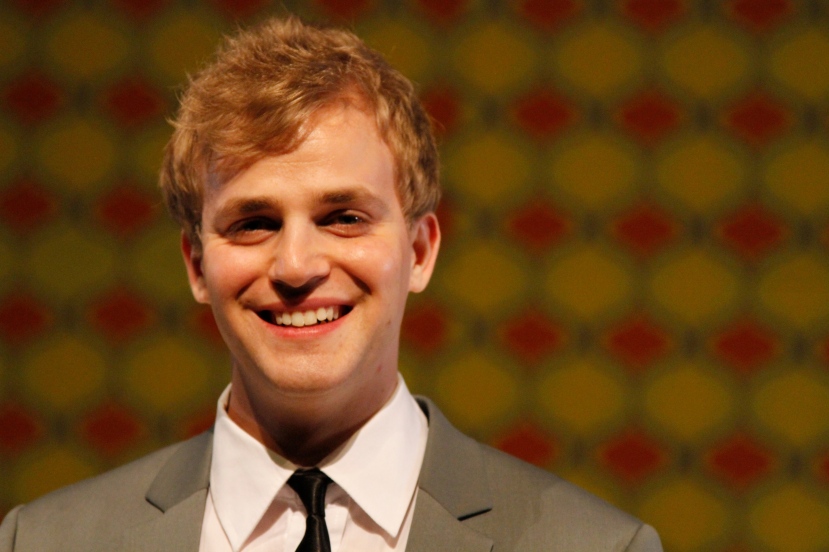 Talented young actor Julian Campobasso (above) proves to be an enormously likeable lead as Normie, singing with a strong pop sound that is a pleasure to hear. Campobasso’s cute but masculine looks complete the heartthrob picture, even if his appearance is almost derailed by a shiny Malibu Ken wig.

As Normie’s girlfriend Marcie Jones, Emma Newman’s talents seems a little wasted throughout the show until she finally has the chance to really impress the crowd with a terrific belt in an 11 o’clock number. Nathan Hotchkin-van Neuren has a cute cameo as Young Norman Rowe, his singing easily matching the quality of the adult performers. David Schloeffel and Pamela Brathwaite as parents Albie and Connie Rowe are a little too over the top in characterisation, undermining their effectiveness in potentially touching scenes. Schloeffel has more impact as colourful promoter Ivan Dayman.

Further standouts in featured roles include the animated David Ferrier as DJ Stan Rofe, the highly experienced David McLean as Prime Minister Robert Menzies and the divine Stephanie Phillips as Holt’s final fling Marjorie. Worth mentioning too is Phillips’ style, beauty and flair as an ensemble member, a masterclass in grace and support for young performers.

While light and sound issues plagued the production on opening night, these will surely be smoothed over as the season progresses. The audience enjoyed the nostalgia trip back to a Melbourne where being north or south of the Yarra mattered, salary came in a pay packet, and decimal currency and 10 o’clock closing for pubs were about to be introduced. Younger audiences will find all the background they need in the program, very good value at only $5.

Bravo to OSMaD for putting their resources into a new Australian musical.