In an extraordinary collaboration, Victorian Opera and Musica Viva present the world premiere of Voyage to the Moon, a highly accomplished celebration of the beauty of Baroque music. 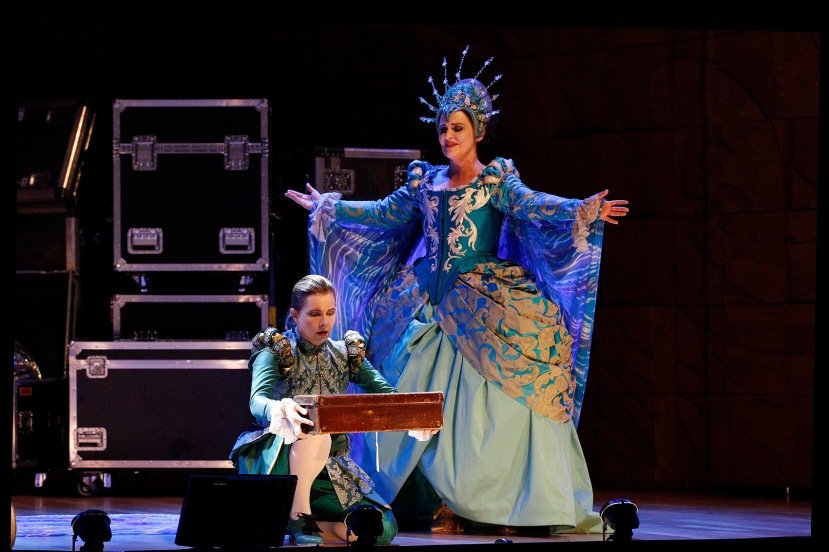 Music theatre buffs might think of an opera pasticcio as a jukebox musical. Here, works of Handel, Vivaldi, Gluck and several of their contemporaries have been seamlessly stitched to tell part of Ariosto’s 16th century poem Orlando furioso (the full poem contains some 38, 736 lines!). The success in sourcing and arranging the music is a credit to the late Alan Curtis, who sadly passed away last year, and the subsequent work of Calvin Bowman.

Musical director Phoebe Briggs, on harpsichord, is joined by a sextet of carefully chosen musicians, whose expert knowledge of the baroque style allows them to play modern instruments with historically informed bowing and articulation. Arranged in a U-shape on stage, the musicians contribute to the performance energy with enthusiastic facial expression and spirited body language. 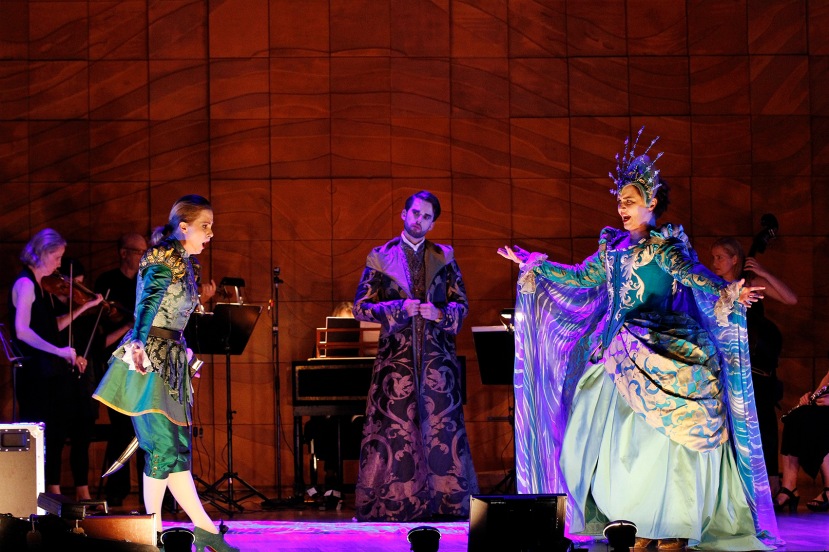 Complementing the integrated score is the deceptively economical work of writer, and director, Michael Gow, whose streamlined storytelling allows full focus on the emotional qualities of the music. Gow has the performers begin at full energy, the momentum never flagging for the 75-minute running time.

While surtitles would have allowed a more relaxed listening to the text (which is sung in English), the singers’ diction is excellent and the story is told broad, clear strokes. Friend Astolfo and magician Magus make a voyage to the moon to find the missing sanity of warrior Orlando. Guardian of the Moon Selena paves the way for a happy ending by eventually handing over Orlando’s sanity.

Christina Smith contributes a simple stage design, utilising theatrical objects such as stage lighting cases. A glowing full moon rises as Astolfo and Magus travel in a chariot made of two music stands. The lost items on the moon are the musicians’ instrument cases. 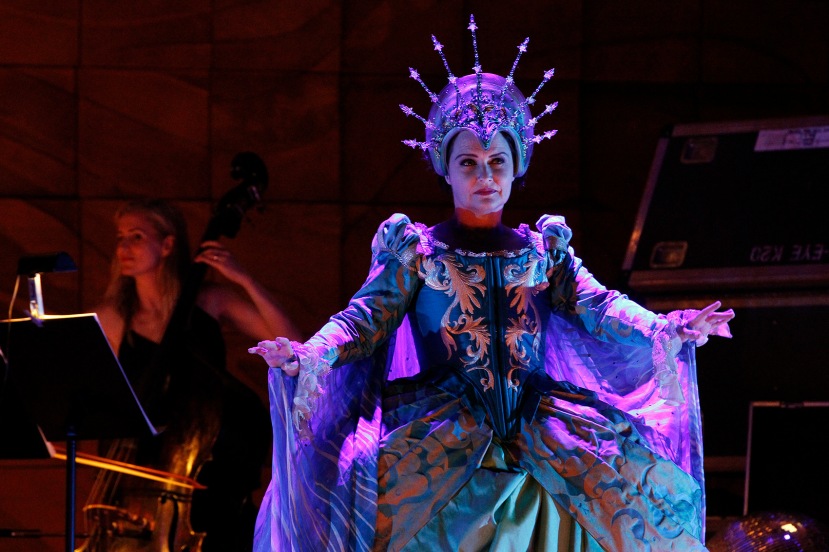 Matt Scott’s lighting design keeps the stage wattage quite dim, to match the flickering footlights of the period.

Australia’s leading soprano Emma Matthews is absolutely in her element, with the roles of Orlando and Selena combining to create an ideal showcase for her virtuosic talent. Beginning with her feisty characterisation of Orlando, Matthews clearly relishes the work, continuing with joyful abandon throughout the evening. In superb voice, Matthews’ coloratura is as astoundingly effortless as it is divine to hear. Matthews impresses with her first big aria “O why this rage and torment” (Molino), then later stops the show with “As strong as an army” (Hasse). 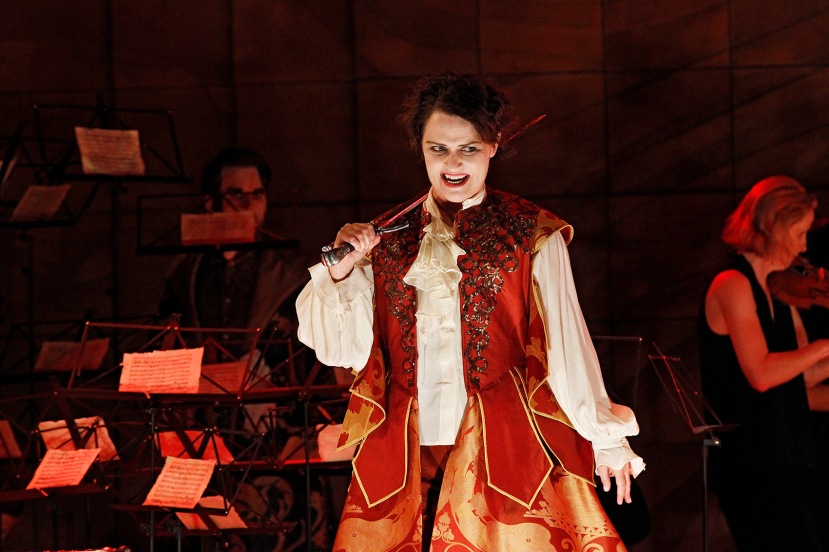 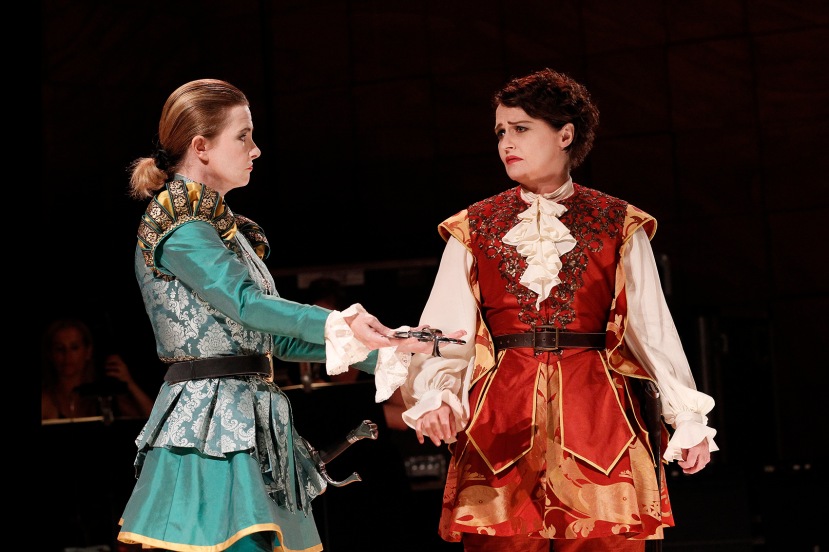 More than holding his own alongside these experienced colleagues, emerging young bass baritone Jeremy Kleeman has an appealing sparkle in his eye as wise magician Magus. Kleeman’s youth allows a couple of fun moments, including a nifty spot of moonwalking and a physical position in combat with Selena that looks like he is about to shout “Expecto Patronum!”. Kleeman exhibits well-controlled power across an impressively flexible vocal range, his unwavering voice coloured with a most appealing warmth. 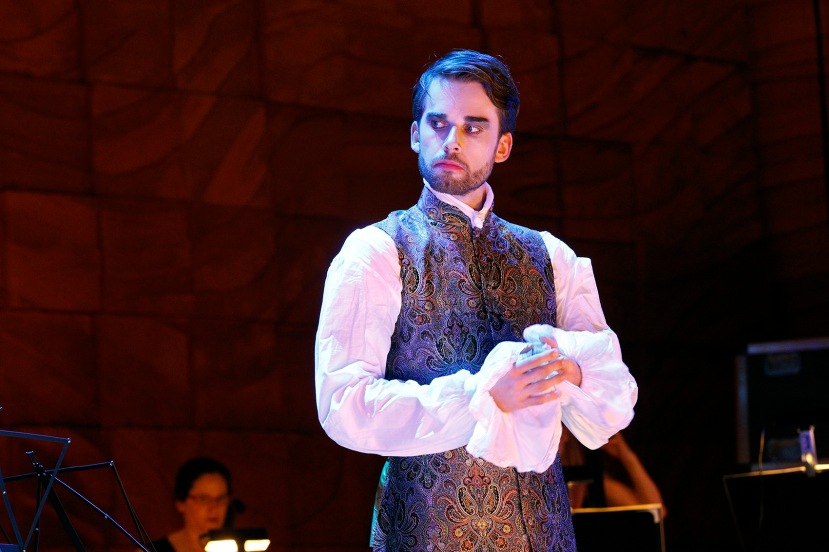 The Voyage to the Moon program can be read online.

View the trailer for Voyage to the Moon: