Victorian Opera rings in the festive season with a very merry concert staging of delectably melodious opera buffa The Barber of Seville. 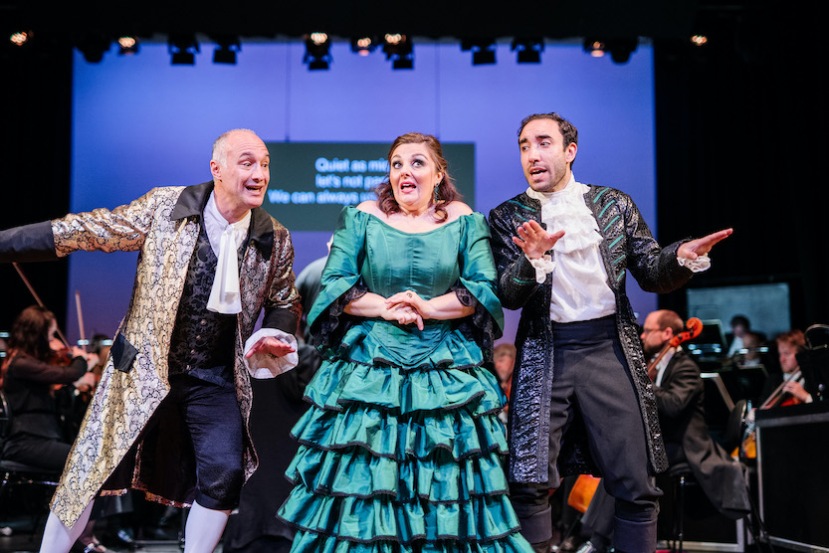 As much fun as can be had in the opera theatre, the semi-staged concert brings out inspired silliness from the cast, the whole affair succeeding because the sheer musicality of all involved is so high.

The “semi-staged” tag refers to the absence of sets, but the concert is handsomely costumed (by Kate Glenn-Smith) and fully acted. Doors and balconies are important in the storytelling, yet director Elizabeth Hill-Cooper delivers a perfectly clear narrative working with a few simple platforms (and a very talented cast). In a well-judged staging, Hill-Cooper ensures that even the wackier moments of humour are firmly based in the libretto itself. With a just relatively short rehearsal period (and an out of town season in Launceston), the cast members have developed a palpable sense of trust, taking joy from each other’s performances.

From the opening notes, it is clear that maestro Richard Mills has prepared Orchestra Victoria to an exacting standard. Rossini’s famous overture is heard at its immaculate best, such is the precision of the playing. Vocals are also clearly very well prepared, as the music stays perfectly synchronised even with the singers unable to watch Mills. While a number of lesser known Rossini operas have been unearthed locally in the last couple of years, it is a pleasure to simply enjoy this much-loved piece played and sung so beautifully,

Adding to the musical flair on show is the invaluable work of principal repetiteur Phoebe Briggs, who demonstrates a finely delicate touch on continuo. Proving a terrific sport, Briggs also serves as something of an onstage prop master, also losing one of her suspiciously long blonde plaits to a cavalier snip from the Barber himself.

In an interesting move from Victorian Opera, the excellent Australian cast is augmented with two Italian singers. Such is the even standard of the five key principals that every combination takes flight, both musically and comically. A chorus of eight men complements both the singing and the humorous stage action, nimbly performing choreography as a troupe of Keystone Cops.

Baritone José Carbó heads the cast as the eponymous barber, his vocals burnished with rich warmth and securely supported with unflagging lung power. This Figaro keeps his to-do list on his iPhone, manipulating the action with an ever-present twinkle in his eye. Carbó sets the tone in terms of balancing humour with sterling musical prowess and the rest of the cast follows his lead.

Fellow star baritone Warwick Fyfe is luxury casting indeed as Doctor Bartolo. Almost too good a singer for the supporting role, Fyfe adds a tiny bit of his legendary Alberich to the doctor’s self-serving greed, rounding out the character beyond a simple buffoon. The shaving scene between Fyfe and Carbó is one of the comic highlights of the night.

A highly experienced Rosina, Italian mezzo-soprano Chiara Amarù is a joy to hear in her Australian debut. Singing the role with effortless grace, Amarù brings out myriad vocal colourings that add welcome richness to her performance. Amarù embraces the humour of the staging and enjoys clear chemistry with each of her male colleagues. 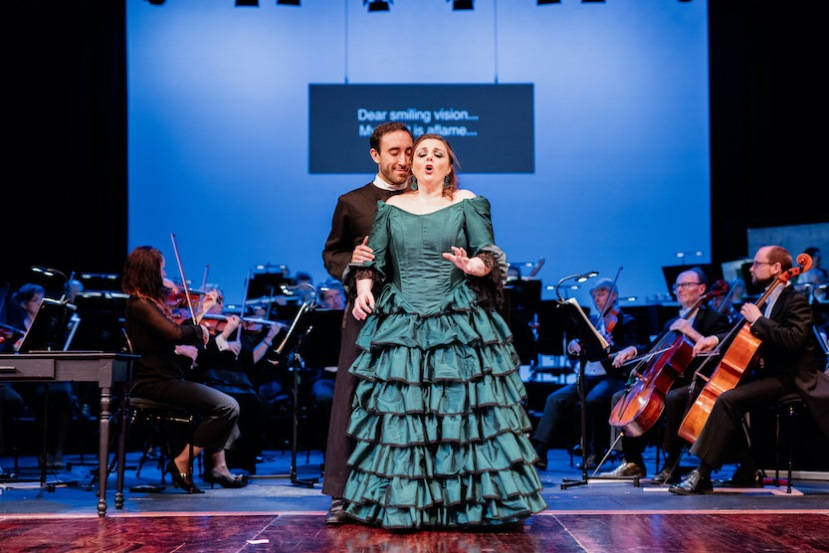 Visiting Italian bass Paolo Pecchioli is an absolute hoot as cantankerous music teacher Don Basilio, now envisioned as a devilish kleptomaniac. Much as Don Basilio steals the props, Pecchioli almost steals the show, delivering all the facial expressions of a pantomime Dame. 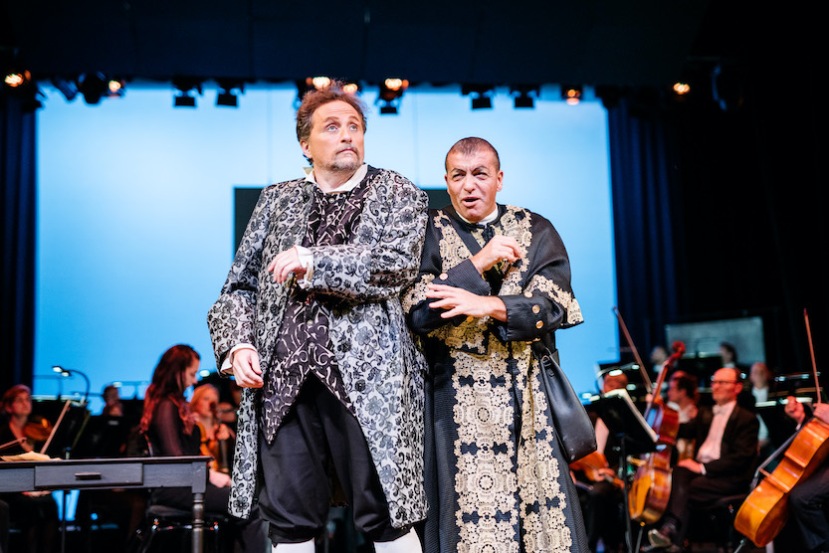 Not exactly on par with The Nutcracker, but a joy-filled concert of The Barber of Seville would make a wonderful annual (or at least biennial) holiday tradition.

The The Barber of Seville program can be read online.